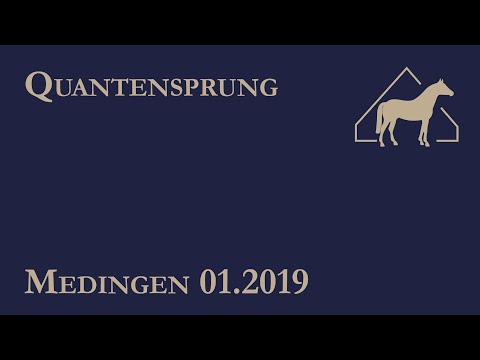 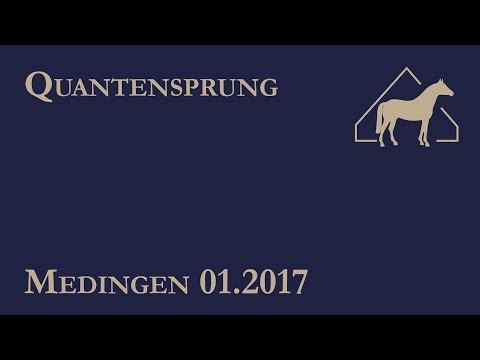 In the colour of Donnerhall, Quantensprung enthralls at first sight with his large frame. This terrific young stallion has great dynamics and expansive movements in every gait.
Quando-Quando won his stallion performance test in 1998. For many years he was among the top of the international dressage horses with his rider Kristy Oatly-Nist. He participated for Australia at the World Equestrian Games in Aachen in 2006 and at the Olympic Games in Hong Kong in 2008. He provided many vigorous dressage horses. His sire Quattro stems paternally from Qredo de Paulstra, who won the Grand Prix of Bordeaux, maternally from the legendary Furioso xx and was a successful international show jumper.
The maternal side of Quantensprung‘s pedigree is completed by stallion of the century Donnerhall which leads back to the exceptional mare line of Friedrich-W. Maack, Glücksstadt, which provided the National Champion Mare Pik Bubes Girl in 1990. State stud stallions Don Crusador and Don Bosco stem from this dam line as well as several highly successful show jumpers like P.B. Lungau by Landklassiker, successful at S***** level and P.B. Ramiro‘s Son by Ramiro, successful at S*** level with his rider Sören von Rönne.

Quantensprung is a stallion who can improve the basic gaits.