Emperor thrilled the audience with his appearance at the German Sports Horse licensing in Neustadt/Dosse in 2021.
He outperformed the rest of his year with his fulminant strength and his excellent manner which earned him the victory as champion stallion! 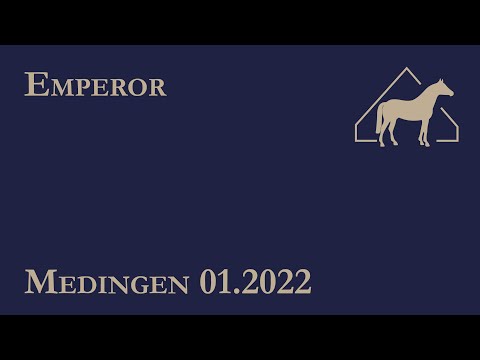 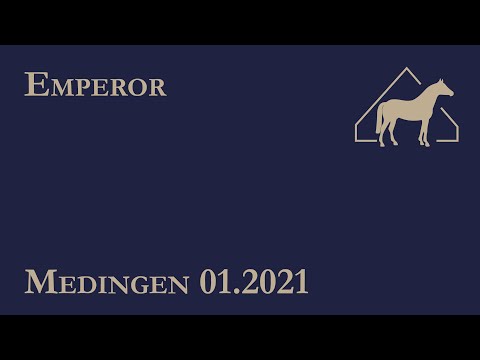 Emperor combines outstanding stallions in his pedigree: father Eldorado van de Zeshoek and Diarado x Calido on the mothers side.

The mother's father, Diarado, is the son of legendary Diamant de Semilly, who won the team gold medal at the 2002 World Championships and the team silver medal at the 2003 European Championships and for years ranks among the worlds best jumping stallions according to WBFSH. Diarado himself ranks in the top ten of the worlds best breeding stallions for jumping (place 10) as well as the worlds best breeding stallions for eventing (place 2), also being the youngest of them. His offspring is headed by Don Diarado, who placed third with his team at the World Equestrian Games, second at the Grand Prix of Prague-CZ and second at the German Championships with his rider Maurice Tebbel. The overall amount of price value of Diarado's offspring have reached almost 1,7 million Euros.
Among other, Emperor's mother line provided licensed and internationally successful show jumper DSP Cashmoaker by Calido (with rider Denis Nielsen) as well as Django Unchained T by Diarado, who celebrates successes in international show jumping with rider Hans-Günther Blum.

We are happy to present this very special jumping stallion.